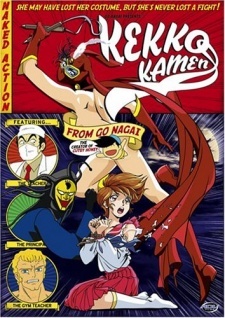 At the academy Miami Takashi attends, higher education has sunk to the lowest levels of depravity, with armed hall monitors, teachers who wear masks to hide their identities and special detention sessions in a torture chamber beneath the gym! It’s a curriculum designed to chew up sweet young things, and poor Miami’s been voted “Least Likely to Survive” in her class! Is there no hope? Can no one save her? Enter Kekko Kamen, the most outrageous superheroine ever! Clad in a red mask, red boots and nothing else, she is the supreme protector of innocents like Miami. Armed with her trusty nunchaku and a body that just won’t quit, she’ll make chopped pork out of the swine who run this school from hell! But who is she really? The only one who knows for sure is creator Go Nagai and he’s not giving anything away… except lots of free peeks at Kekko Kamen’s magnificent physique! 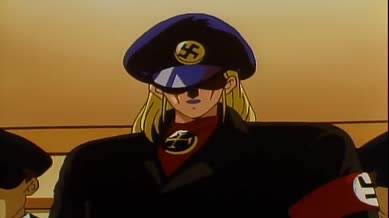 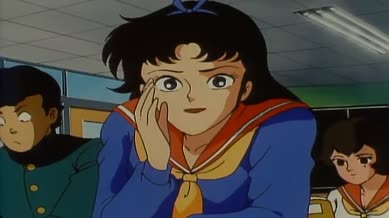 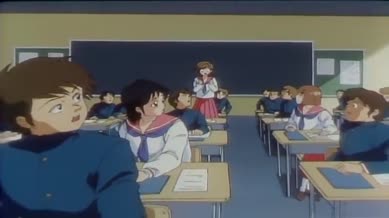 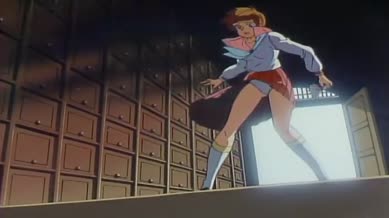